Our First ICSC Jum’a in Pasadena

On Friday, June 2, the ICSC held its inaugural Jum’a Prayer at United Methodist Church in Pasadena.  There was a buzzing excitement amongst the attendees as this Friday was extra special since it was the first Jum’a prayer of Ramadan.  Dr. Saleh Kholaki called the adhan as almost 100 people packed into the room – preparing for Hassan Zeenni to address the group in his khutba.

“This certainly marks a momentous milestone for the Center,” said Dr. Rizwan Bhatti, ICSC Board Member, “now, some of those individuals who value the ICSC message but cannot make it to the Islamic Center in Koreatown on Fridays will be able to benefit from an ICSC satellite in Pasadena.” As prayers came to a close, Pastor Olewine from the church was present to greet attendees and end the service with a few warm remarks. Thank you to United Methodist Church for opening its doors! Join us this week at 1 p.m. for a khutba by Salam Al-Marayati. 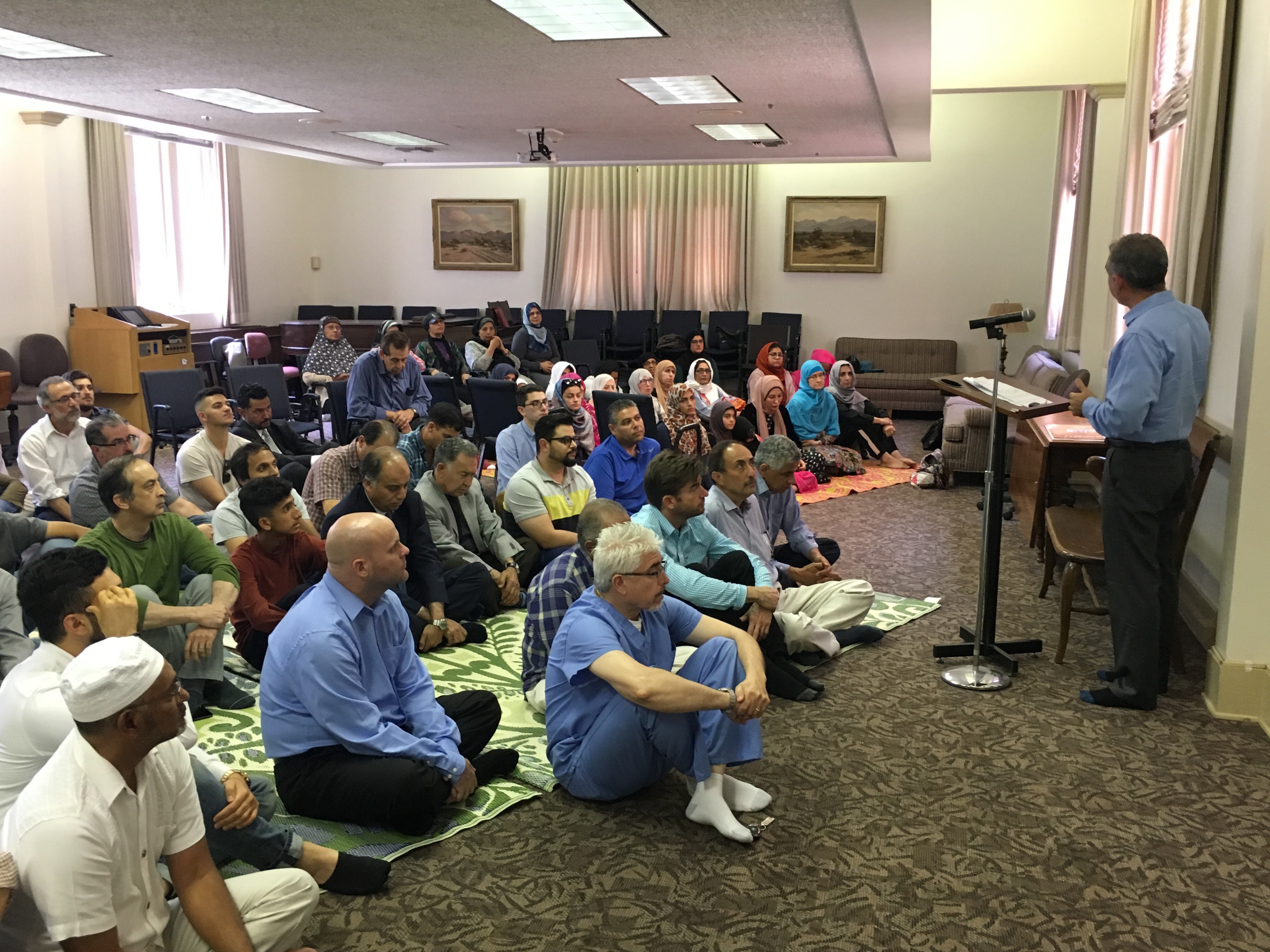